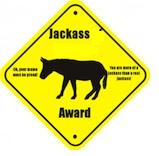 The Liberal Democrats are the most dishonest party in British politics, they do one thing in one constituency to get elected, and the exact opposite in another.

The recent Oldham East & Saddleworth by-election result has been spun as some kind of "score draw" by Liberal Democrat President - Tim Farron MP. This is the first "score-draw I have heard of where there is an 3.558 goal difference between winner and runner up! It is definitely not a score-draw, it is a resounding Liberal Democrat own goal!

Instead of accepting that he lost by 103 votes in last May's general election, the Liberal Democrat candidate, Elwyn Watkins, got a paddy on and decided to make an issue out of lies he said had been told about him during the election. I believe if the result had not been as close as 103 votes, Watkins would not have bothered contesting the seat, he did it simply because he believed he could cash in on the Coalition's popularity (back in their heydays of only 8 months ago - how things change!) Unseat labour and win the seat, it did not happen, Labour simply increased its majority from 103 votes to 3,558, not only soundly beating the Liberal Democrats, but pushing the Tories into a distant third. Herein should lie a salutary lesson for Elwyn Watkins and others who seek to be so duplicitous, *voters decide who their MP will be, judges do not*.

Don't get me wrong the lies should not have been told by the Labour team, but then by the same token, neither should the Liberal Democrats lie in constituencies across this country in order to win elections, but they still do it! Talk about pot calling the kettle black, it is the rank hypocrisy of the Liberal Democrats which really rankles. To listen to Nick Clegg and Tim Farron waffling on (and on and on) anyone would be forgiven for think they do not lie, and that Nick Clegg's nickname is  not "PiNICKio", after Pinocchio the lying wooden puppet with the growing nose. Clegg has been caught out in so many blatant lies that many people now think he is suffering from a sickness called "pathological lying". It is a wonder that Farron and Clegg can get anywhere near each other, their noses as so long, and growing longer by the minute!

Several times over the past couple of weeks I have heard Farron refer to Britain as being "like Ireland",  this is a ridiculous statement on so many levels, not least because once again it makes the Lib Dem president look totally ridiculous and completely unable to grasp even the basics of economics.

Has Mr Farron forgotten that his Conservative chancellor, George Osborne, once told Gordon Brown that we should be brave enough to follow Ireland's lead in the economy? And that while in opposition George Osborne made a visit to Ireland to "look, listen and learn from them"? All I can do is breathe a sigh of relief that Osborne and "Dangerously Dim Dave" (Cameron) were not in government then, or indeed we would be like Ireland today, as dim Tim Farron seems to suggest, and I use the term "like", because of course, we can never really compare the UK economy to Ireland, Greece, Portugal or Spain, because we are not in the euro zone and we set our own interest rates and have our own currency.

We have never been bankrupt or been anywhere near being bankrupt and to suggest anything like this is not only patently absurd, it is overtly dangerous.

The yield on UK government ten-year bonds was only 3.84 per cent on the day on the general election. It closed on Friday at 3.62 per cent. This does not look like the bond yield of a country that was “on the edge of bankruptcy”.
Greek bond yields soared to over 12% in May, whilst Irish yields hit over 9%. There is simply no comparison. If a yield of 3.84% implies the “brink of bankruptcy” then it is hard to see how George Osborne is so confident that the UK bilateral loan to Ireland, with a yield more than twice as high, will ever be repaid.
Former Treasury Permanent Secretary Andrew Turnbull has already made clear what he thinks of the “brink of bankruptcy” claim, as politics.co.uk reports:


“Well I always thought that we were capable of producing a financial settlement that wouldn’t take us into Irish and Greek problems,” Lord Turnbull told the committee.
“A very large part of our debt was domestically held. If people are going to sell gilts they’ve got to buy something else. Who are these great shining examples of people who are issuing rock solid debt you want to buy?”
When pressed on whether he thought the UK was on the brink of bankruptcy, the peer replied: “No, I don’t.”


Whatever you think about the fiscal mess that the coalition inherited, these are not the characteristics of a country on the “brink” of bankruptcy or default."

Let's stop these absurd lies about who is to blame for the deficit. Labour did not want to spend all this money bailing the banks out, they had to do so in order to safeguard, British businesses, jobs, mortgages, homes, pensions, savings etc.

It should also be remembered that before the crisis hit, Cameron and Osborne were promising to keep to all Labour's spending plans and not only that, they were accusing the labour government of not spending enough on the NHS and schools etc etc. It is about time that the Tories and Liberal Democrats stopped trying to rewrite history.

Labour did not cause the GLOBAL financial crisis, or our recession, if they did then the problems would be unique to us, and they are not, they affected, Greece, Spain, Portugal, Ireland, France Germany, the US etc , so enough of this nonsense, it  has worn thin and is taking people for fools. If we fail to learn the lessons now, and insist on blaming labour, then we will find ourselves back in an even bigger crisis in the very near future, and that is besides the crisis of a huge magnitude that is in the making now being manufactured by the Tories and Lib Dems!

Labour was not profligate with our money, they invested it in hospitals, the NHS, schools, education, welfare and public services, everything a government should invest in to make the country a good and decent place to live. Don't forget anyone of us could suddenly lose our job, or become disabled, or sick and have to make a claim. For the Tories and Lib Dems to try and turn people against people, and communities against communities, just so they can put through their ideological policies, is a truly despicable act of greed and power lust.  Let's not forget either, if the Tories had not run this country and all our public services like the NHS and transport down into the ground, then successive Laboour governments would not have had to invest so much in them in order to make them fit enough for a modern country, the 6th richest in the world. The Tories were lucky when they took over last year, they have not had to find the billions to invest in the NHS and education and transport etc, it has already been done by labour, but make no mistake,  the government that dim Tim Farron is so busy extolling, is in the process of totally decimating those services once again and once they have privatised the NHS, just like the trains the Tories sold off, we will never ever have a health service free at the point of use ever again and Dim Tim is helping this Tory led government to do this.

Quite frankly I do not trust a man who votes against tuition fees and then backs up everything this Tory government does. It would appear to me the vote was a cynical move to keep his seat come the next election.

"It would be a big problem if Britain became more economically unequal over the next 5 years." *Strongly Agrees*

So if Dim Tim thinks it will be a bog problem and strongly agrees, then why is he helping a right wing government to get the most appalling right wing legislation through parliament that will have a detrimental affect on the poorest and most vulnerable people in our society, as well as helping to make upwards of one million extra people unemployed and put over a 100.000 people out of their homes because they will no longer be able to afford their rents?

"Despite the recession, Britain should increase spending on public sector services."  *Agrees*

So what happened to this view then? Farron is helping through public spending cuts that will totally devastate this country.

While he is helping the Tories put through these kind of cuts that will devastate many families who already live on the breadline, just look at some of the expenses claims that we the taxpayers have had to pay for Tim Farron.


Why do we have to pay for Farron's rent and mortgage?


I could go on but you get the gist.
Tim Farron Blatant liar and hypocrite Gets the Jackass of the week award.
Posted by Gracie Samuels at 6:00:00 PM