The resignation of Andy Coulson has always been inevitable, right from when he resigned from the News of the World under a cloud and was promptly hired less than six months later by David Cameron when he was leader of the opposition.

The very notion put out by David Cameron that Coulson is an innocent "being punished twice for the same offence"?  Strange choice of words by the PM, "punished twice for the same offence" If he is innocent why is he being punished once, let alone twice twice? Cameron hired Coulson saying that everyone deserves a second chance, if Coulson wasn't guilty of an "offence" then why is Cameron describing it as one? And if he wasn't guilty then why did he need to be given a second chance?

I listened to Cameron gushing about how good Couslon was at his job, I don't think he was good, in fact I think he is exceptionally poor at it, he has allowed himself  to become the story, something I mentioned months ago on this blog, where I also said Coulson's position was untenable.

It hasn't been a very good week for Cameron, while he was on the Today show last Monday he managed to cause furore by describing the NHS as second rate, managing to insult all those that work in the NHS he also gave Andy Coulson his full support and 72 hours later, Andy Coulson is resigning.

So far Coulson has resigned twice now for something he maintains he hasn't done - why?

It is incredible that Coulson as the most senior editor did not know about controversial stories or how the information was gathered. Coulson has to have known, one story he was in charge of about Prince Harry was totally illegal so he must have known. It is absurd to think that Coulson never asked where his journalists were obtaining all their highly contentious and controversial stories from and also Coulson would have had to OK the payments for the actual phone hacking, of course he knew.

Quite honestly I do not believe Cameron or Coulson, they are both liars, this government is one big lie from start to finish, they lied about everything and have broken every promise. The list of broken promises from this government is growing daily.

Coulson could not even spin his own departure properly, it has been a disaster.
Cameron even tried to blame labour and tried shifting attention onto Alistair Campbell, Campbell has been gone from Downing street for at least 7 years, what has Coulson got to do with Campbell? Truly pathetic from the lying prime minister. How Coulson and Cameron thought they could bury this story in the Chilcott Inquiry and Alan Johnson reports is typical of them, they have no idea how badly they are now being perceived in this country.

Coulson's resignation comes hot on the tail of the second senior barrister in the country and the CPS last week announcing they were going to look at the evidence again. 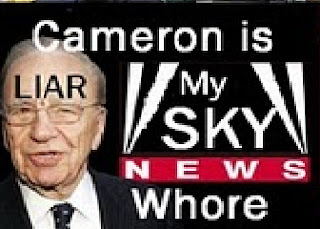 Before this is over  Rupert Murdoch and his son James Murdoch, News corporation, Andy Hayman and the Metropolitan police are going to be finding themselves in serious trouble.

Andy Coulson was allowed to give his statement at his solicitors at a date a time of his choosing, while many of the journalists working directly for him, had to present at police stations and give evidence under oath?

How can the Met say that Coulson was not involved in the hacking when journalists working for him swear that he did know? How many people's words against Coulson's are the police prepared to accept?

I reckon Adam Boulton, Joey Jones and Kay Burley are all trying to get Coulson's job judging by their sucking up to the Tories and the biased way they have been presenting this story all afternoon!

This story is not going to go away, there is a lot to come out and Coulson is right in the thick of it.

I repeat again, Coulson, Cameron, Murdoch and News Cororation are going to bring this Tory led government down and once again we see more appalling judgement from the prime minister, this country is being governed by upper class Tory twats!
This is going to damage this government and fatally damage David Cameron.

Where does this leave the take over of BSkyB?
Posted by Gracie Samuels at 5:06:00 PM