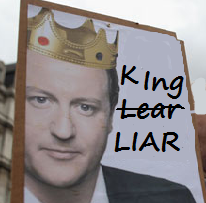 In February 2011, I researched the Midlands Industrial Council (MIC) and its links to David Cameron and the Conservative party, you can read the fully researched article *HERE*.

The Midlands Industrial Council  is so interlinked with the Tories that although I should find it astonishing that this Tory led government even considered a company, (any company) which has anything remotely to do with the MIC to be the beneficiary of taxpayer's money astonishing, the fact is that I can't as I am not in the least surprised at the cavalier, and totally arrogant way that the British Prime Minister, David Cameron, and Chancellor George Osborne, have behaved, they have been allowed to get away with so much that they now have entered totally dangerous waters where they think they can do what they like, when they like and we the 99% of people will just have to lump it if we do not like it as there is nothing we can do.

Sir Anthony Bamford whose company JCB have just been promised an *undisclosed* sum of taxpayers money from the government's £950 million Regional Growth Fund. JCB, the digger manufacturer, which made over £235 million profit last year, gets this money from the Conservative government in a desperate bid to boost the struggling UK economy.

When JCB were contacted yesterday by journalists and asked how much they received from the Conservative government they refused point blank to discuss it, they said "we are not announcing it - end of". I think that JCB has misunderstood, this is taxpayers money they are receiving and taxpayers have every right to know how much, and what the company intend to use it for!  We also have the right to know if their use of *OUR* money is successful. Especiallly as Sir Anthony Bamford is/has been investigated by the Inland revenue for tax discrepancies. It's the arrogance that is particularly galling, on one hand we have a Tory government who are treating the electorate with complete contempt and on the other who are now being joined by their rich corporate "mates" who think they can do the same! Many of these exact same people, the "friends of the Tory party", privately donate large sums to the Conservative party.


This is basically what I wrote about Sir Anthony Bamford back in February, Bamford was president of the Midlands Industrial Council then and as far as I know, he still is.

Their address is:  Midlands Industrial Council -  The Yews, 3 High Street, Bassingham Village, Lincolnshire - It looks pretty inconspicuous plac but out of it flows considerable financial support for the Conservative party.


The Midlands Industrial Council  was formed in 1946, its goal is to lobby the Government on behalf of Midlands business interests.

When Conservative Central Office needs a new computer system or the Conservative association in a crucial marginal constituency needs campaign funds, they go to the Midlands Industrial Council.  Helicopters are also available for use of Cameron etc. The MIC is made up of more than 30 businessmen who make up the MIC council, their total worth is estimated at well over £4 billion. The council members are rich and want results in return for their generosity towards the Tory party, and they also like their privacy! However, the MIC stands accused of being little more than a front organisation for rich businessmen looking to funnel large amounts of cash into the Conservative Party, without the inconvenience of their names becoming public or having to endure the attached scrutiny. *Some* of the names of the MIC have been revealed, however, the amounts they donate and where the money went and to whom and what it was used for is still shrouded in Conservative mystery.

The Conservative party uses an "unincorporated association"  loophole, which allows them to accept large donations without declaring them individually. "Focus on Scotland" for example is an "unincorporated associate", it is a legal entity that does not have to publish accounts or other financial details and since 2004 has given over £2 million (collectively since 2004) to the Tories.  The Midlands Industrial Council (MIC) is another "unincorporated association" that has given millions to the Tory party, which does not have to publish accounts or disclose members.
Sir Anthony Bamford - President MIC
In September 2010 David Cameron was garlanded with flowers as he joined Sir Anthony to open a new £25m JCB factory in India. The links between JCB and the Conservative party go back many years. Bamford is also a supporter of the Tax Payers Alliance. The Taxpayers Alliance (TA) is an association that likes to say it is non party affiliated and independent, that could not be further from the truth as many members of the TA are also members of the MIC who donate millions to the Tory party.  He was knighted in 1990 and in 2010 was recommended for a peerage by the Tory prime minister, David Cameron, Bamford was due to be measured for his ermine robes when he suddenly decided to turn down the peerage because he was due to be investigated for tax irregularities by HMRC.


Sir Abthony Bamford was also part of George Osborne's round Robin letter condemning Labour's proposed National Insurance Contribution increase. Since Cameron assumed power, the Tories went on to halt the NICs rise for employers, while raising national insurance contributions for employees, again showing preferential treatment to employers and again forcing normal people to cough up more in taxes and force them to accept cuts in theor standard of living while the Tory "fat cats" live the high life.

In 2009 the JCB Group paid the then shadow foreign secretary, William Hague, £50,000 a year as its parliamentary adviser.

In 2008 David Cameron opened a JCB factory in India for Sir Anthony.


Sir Anthony also took part in a trade delegation to India in July 2010 headed by David Cameron. This was when Cameron caused controversy with Pakistan when Cameron decided to infer that the Pakistanis "looked both ways" and virtually accused them all of being terrorists, completely forgetting (if he ever knew) that the Pakistani presidents wife was herself murdered by a terrorist attack, by terrorists aggrieved at the way their government allows Allied Forces to use the Pakistani Border with Afghanistan!


Anthony Bamford has donated over £4.5 million to the Conservative party through JCB's network of businesses.


A year ago in November 2010, the Guardian reported that: A feud at the heart of one of Britain's wealthiest families is set to reveal the workings of an obscure company that has channelled millions of pounds to the Tories.
Lawyers acting for the JCB scion, Sir Anthony Bamford, and his younger brother, Mark, will attempt to end their 13-year row via mediation this week in a last-ditch effort to keep the acrimonious affair out of the high court.
The two brothers are at odds over the ownership of JCB Research, a tiny, private company within the JCB earth-moving empire. Though reportedly worth only £27,000, the company was the biggest donor to the Tories during the three-month period surrounding the general election. Records filed with the electoral commission reveal the company has given the Tories almost £2m since 2001, including £750,000 in June – a week after Anthony withdrew his name from consideration for a peerage over apparent concerns about his tax affairs.
I cannot find any more mention of this case, I assume it is still making its way through the High Court.
Lady Carole Bamford - A Day in the Life Of
Sir Anthony is estimated to have a fortune of £950 million, but his wife Carole’s organic food empire, Daylesford, has racked up losses of almost £27million since it was founded eight years ago.
It was rumoured in December 2009 that JCB boss Sir Anthony Bamford sold an unfinished yacht,  the 1930 steam super-yacht Nahlin, to a "vacuum cleaner millionaire".

The Conservative party has received millions of pounds in donations from the some of the companies that they are now doling out taxpayers money to, is this right? Again this government have shown they are open to favouritism and corruption. Look again at another of its former MPs. 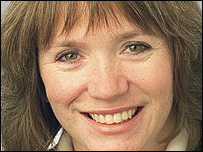 The former Conservative MP, admits to previously undisclosed links with the Midlands Industrial council.
The former Bromsgrove MP has been revealed as an "ex-officio" member of the secretive Midlands Industrial Council (MIC) after an investigation by the Politics Show in the West Midlands.
There is no published record of Ms Kirkbride's connections to the organisation, even though she has now confirmed she is the "link person" between the MIC and the Conservative party in parliament.

Ms Kirkbride's name emerged after the MIC said it was going to continue to conceal the identity of its members in future, unless there is a change in the law.


Other MPs have gone to prison for a lot less than Julie Kirkbrid and her husand have been caught doing over their expense claims, yet the shamed former Tory MP  has landed a lucrative job in the lobbying industry days after being forced to quit the Commons because of public anger over her expenses.

Miss Kirkbride, 49, was appointed as a consultant to the Westminster-based lobbying firm Tetra Strategy on a salary rumoured to be approaching £100,000.
Last year her former MP husband Andrew Mackay, who was also embroiled in the expenses scandal, landed a six-figure salary post as ‘international consultant’ to the lobbying giant Burston-Marsteller.


The MIC was accused of being a clearing house for donations to the Tory party, and possibly open to challenge under the Political Parties, Elections and Referendums Act 2000.
Between April 16, 2003, and March 14, 2006, the Conservative Party received 52 donations from the MIC totalling £968,690. This amount has increased to millions in the recent years leading up to and beyond the may 2010 general election.

The MIC's secretary - David Wall.  Mr Wall is a director within the IM Group, which is owned by Bob Edmiston.

David Wall said: "We like to have the voice of business heard so that MPs and candidates have a full appreciation of what impact their decisions have on the business community."  Another member is recorded as saying that the MIC make financial donations to the Conservative party so they have input in the formation of government policy.

Is the kind of policy the MIC talks about the kind that allows the Tory government to divvy up £950 million of taxpayers money and hand it out to companies like JCB? The MIC who uses a legal loophole so it does not have to declare who it donates millions of pounds to and who uses the same legal loophole to conceal who its members are, is this the kind of companies that should be in receipt of taxpayers money?

The answer Gracie is to do a little financial crime or to and everything thereafter will start to look great with 6 figure salaries
When can i start ?


This is such an informative blog, your opinion, observations and ideas are amazing and to the point. I would love to read more content like this, and I want to give one advice to you are looking for a builders in bhopal then Sagar Green Hills is the ideal township for you.