Yet another week passes and yet more broken promises from this government who are becoming synonymous with "broken promises"- this time on our armed forces. The men and women that risk all to keep us safe and secure, apparently are just the latest groups to be let down, lied to and conned by King Cameron the Arrogant and his Tory led Government.


Chris Simpkins the director general of the Royal British Legion has accused David Cameron of backtracking on a promise to rebuild the pact under which society protects the armed forces.


What kind of country are we that allow our armed forces to risk everything to protect us and we do nothing to help them? For too long government's of all colours have allowed our forces to slide further and further back and I will not even try to make excuses for the Labour government, who although did a lot, did not do all they could do and should have done to help. Hopefully when we return a Labour government, we can set in motion real help for our brave men and women, that all the help whatever it may be to rehousing, readjusting, to medical and psychological help is there when they need it. However, it is not just up to Government's to make sure our servicemen and women, and ex servicemen and women get all the help and support they need, it is up to us to make sure the government lives up to its words and in Cameron's place, his promises. We should all write to our MPs to demand that David Cameron keeps his promises Find Your MP

The Prime Minister has “significantly watered down” his promise to support the forces by enshrining the military covenant in law, yet Nick Harvey, the Armed Forces Minister, said "for the first time it [the pact] has actually been recognised in law... it enjoys a status it has never had before." This is just mealy mouthed words, this pact is so watered down as to be almost meaningless.


Last June, David Cameron indicated the covenant - a promise of a duty of care in return for sacrifices made - would be set out in legislation.


During a visit to HMS Ark Royal last summer, David Cameron told personnel he wanted to make formal commitments to them on matters like education for military children and care for troops injured on the battlefield.


"I want all these things refreshed and renewed and written down in a new military covenant that's written into the law of the land."


They just turned out to be words, all the armed forces have got is a promise that ministers will look into the covenant each year, how is that going to help with healthcare, schooling for children of armed forces etc? Armed Forces Bill

It is about time someone seriously challenged the prime minister about all his promises on a whole plethora of things that have just turned out to be "Cameroony pie in the Tory sky". Promises recklessly made from a man so keen to get into power he did not spare a single seconds thought about how he was going to honour these promises, or about the distress, distrust and the empty feelings of being let down, conned and lied to, people would naturally feel when after they pledged their trust and voted for Cameron and the Conservatives, he just cruelly brushed them aside after throwing them a few meaningless scraps designed to shut them up. We should all remember this the next time it comes to voting be it in the local elections, council elections or general elections. Of all the politicians I have seen and heard break their promises, never before in my life have I witnesses a government quite as feckless as this current Tory-led Government, led by a spiv, ex PR spin doctor David Cameron.

Armed Forces minister Nick Harvey can vehemently deny all he likes over his Government' broken  promises to troops, he knows it is true, and so do we!
Insisting that suggestions the military covenant was not being written into law were unfair, and said soldiers, sailors and airmen should not feel betrayed by the Lib-Con coalition, why shouldn't they? Anyone can see that the Armed Forces Bill is not worth the paper it is written on, it reneges on virtually every single promise Cameron made to the troops while he was in opposition courting them for their votes! Without a shadow of a doubt our Armed Forces and their families are being let down by this Tory Government.
The Armed Forces are being expected to pick up horrendously deep cuts, and these cuts are bordering on the ludicrous, they are not only leaving the UK open to attack from hostile nations, they are leaving the UK open to attack from terrorists. Morale is so low within the Armed Forces that it is being reported by the Armed Forces Federation that said nearly 80 per cent of soldiers had considered leaving the services because of cuts. I shudder to think what would happen to us and our country if anywhere near this 80% decided to do just that!
Promises made by Cameron in Opposition and cruelly broken once he became Prime Minister. 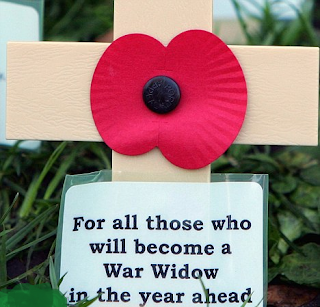 It is so easy for King Cameron the Arrogant to extol the Forces at every opportunity, however but his words have a hollow ring and his promises empty, vague and meaningless and unless he addresses these issues, he will lose not only the respect of the Armed Forces and their families, he will lose respect of the British people who revere our Troops and their families.
War widows will lose hundreds of thousands of pounds because of cuts to their pensions and benefits
Around 140,000 members of the Armed Forces will be affected by the Tory led Government's public sector pay freeze, the Ministry of Defence has confirmed
At least when Labour were in government they always honoured in full the recommendations of the pay review body, the Tories are *FREEZING* the pay of the Armed Forces. It is estimated that about three-quarters or 140,000 service personnel are on salaries above £21,000 and so would be subject to the public sector pay freeze next year.
Operational Allowance? Yes it has doubled but where the Government gives with one hand it snatches more back with the other, this is just a case of duplicitous and disingenuous headline grabbing.
Operational Allowance has risen for some Troops on active duty, yet at the same time the Government has taken away child benefit, Sure Start, Family Tax Credits, the loss of these benefits at home will not be made up by the Operational Allowance increase, which can only be claimed by some under certain circumstances. Armed Forces Pay Review Body 2010
Soldiers Warned Their Bonuses Could Be Swallowed Up By Defence Cuts
Get You Home (GYH) & Other Personal Allowances Slashed
Reductions In Allowances
More than £250 million will be stripped from the armed forces' £880m allowances budget in a series of purges ordered by the Treasury
Highly decorated senior SAS commander, who masterminded a deadly campaign against the Taliban, has resigned from the Army amid claims that defence cuts are hitting morale.
Defence Cuts Will Shrink Armed Forces
RAF Kinloss To Close After Ministers Cancel Nimrod Order
RAF Kinloss will cease functioning as an operational air base from July 31 2011, it has emerged.
RAF Staff Threatened With Sack If They Join Defence Cuts Demos 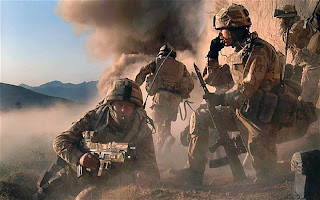 This is just a mere snapshot of what the Conservative Government are doing to our Armed Forces, as you can see, what the prime minister said in opposition and what he actually did once he assumed power are complete  polar opposites. Don't be fooled by the slick Tory con artist ever again, take every chance to boot him and his Liberal Democrat poodles where it hurts them most *In their ballot boxes*! Register your contempt for what this Tory government are doing to you, your families, the Armed Forces, the NHS, Education and Welfare in the May 2011 elections. Join every single demonstration you can and help us to try and bring this feckless, reckless government to an early end. If they can do it in Egypt, Tunisia, Bahrain, and if they can pay with their lives in Libya, we can do it here too! We are fighting for our Defence; NHS: Education and Public Services against a government that is ruling us by a dictatorship and which has absolutely NO mandate to do what it is attempting to do, if we do not fight them and win, then we stand to lose everything which is "Great" about Britian and all because some not in the real world millionaires who have not got the first inkling of what it is like to live an ordinary life, yet lap up the power to tell us what to do and when to do it.
This Tory Government aided and abetted by their Liberal democrat lapdogs are directly responsible for forcing hundreds of thousands out of their jobs and then force them back to doing their old job for less than £1.50 per hour dole money and label it "The Big Society", it is not the big society, it is an  incompetent "megalomaniacal" elitist prime minister and his toff millionaire cabinet gone stark staring mad! We are being governed by a team of idiots, whose left hand does not know what its right is doing and they are dabbling in the defence of our country and we should NOT tolerate it.
Posted by Gracie Samuels at 1:15:00 PM