For someone who says he wants to draw a line under the whole sorry business of  the "plebgate" scandal senior member of the Conservative party and Conservative Chief Whip, Andrew Mitchell is going a strange way about it!

He says he didn't scream at members of Scotland Yard's Diplomatic Protection Group SO6  "Best you know your fucking place" and "you don't run this fucking government, you're fucking plebs". He says: "I didn't use the words attributed to me", in fact Mitchell has been saying an awful lot for someone who doesn't actually want to tell us what he did say! Personally I think he "doth protest too much!" Nowhere has this been more apparent than in his local paper the Sutton Coldfield Observer, where he hopes that his friends and constituents will know not believe that he could use the words "pleb" and "moron". (The clue is in the word 'hope'!)

The trouble for Andrew Mitchell is that at least two Conservative MPs have spoken off of the record to a tabloid columnist and stated quite clearly that they have heard him use the word "pleb" several times before this blew up, and while his "friend" (I've heard only one), has publicly said that this doesn't sound like the Andrew Mitchell he knows, there seems to be no shortage of other people willing to come out and speak against him calling him "ignorant" and "arrogant", and "rude" and have said that he loses his temper a lot and is a bully. (Which is most probably why Big Dave picked him for the job of Conservative Chief Whip after all!)

However that aside, apparently we shouldn't believe that he called police protection officers "fucking plebs" because some of his best friends are police officers he visits his local police station every year at Christmas to thank them for helping to keep us safe, and apparently he enjoys a warm and close relationship with police. Really? Well there's a clue if ever I saw one, don't they say that "familiarity breeds contempt?" And there is nothing more contemptuous than a senior government politician who has led a life of privilege calling police protection officers "fucking plebs" and "know your fucking place" and trying to scare them by threatening "that you haven't heard the last of this", I suppose. By inference when he (allegedly) called those officers "fucking plebs" he also meant us too. I suppose we must get used to being "fucking plebs" and we should all "know our fucking places", that is, until it's time to turn out and vote for this shower again and then we will become "those nice voters" and we can all line up to be patronised and condescended to by big Dave and his Tory toff mates (just like the Liberal Democrats were in those few days after the 2010 general election, when the Tories needed their seats to form a government).  Suddenly the "be-sandaled" long haired unwashed corduroy jacket pipe smokers became "those nice Liberal Democrats", and well, of course it's perfectly understandable that the party and their supporters who were always nearer to the Tories than Labour would want to sell their Lib Dem souls to the right wing Tory nutjobs and help Mein Fuhrer David Cameron in his quest to destroy the NHS, education, welfare, and persecute disabled people, single parents and immigrants and then as soon as the coalition agreement was signed, the effusive words and the a false burblings of praise and gratitude for their newly found "friends"were quickly forgotten, now it's hard to find a Tory who will admit that the Liberal Democrats actually exist, never mind share a Government with!

Of course Big Dave should have at the very least suspended his friend Mitchell until an investigation over who said what was held and the truth known, but of course Dave didn't want to, because this would mean that the truth may indeed come out and that Andrew Mitchell did in fact scream at police protection officers "Best you know your fucking place, you don't run this fucking government, you're fucking plebs" and then what would Dave have done? Admit to the electorate that behind closed doors, (just as they all whooped and cheered and banged desks and tables when the news of the demise of their NHS reforms bill had passed through parliament), that all the over privileged public school boy multi millionaire cabinet do in fact think we are all "morons" and "plebs"?

When Andrew Mitchell turned up for work at number 9 Downing Street in a beat up old VW Polo on the Monday after the week before he really thought that would be enough and we would forgive him and say " Aww, look he's in a beat up Polo, he's one of us really, he's not so bad after all". Are these silly people for real? Are they? That was just adding insult to injury!

Cameron taking Mitchell's side, even after he had read the police report of the incident, is shocking yes, but can anyone say they were surprised? Cameron has said that Mitchell has apologised and that should be that, wonder if he would be so lenient if it was a Labour MP who had got himself into a position where he had abused police officers who were on duty to protect them?

I doubt if Andrew Mitchell  will resign, he looks set to join others  Jeremy Hunt; Theresa May; Ken Clarke; Warsi, etc who the prime minister should have fired but didn't because he is too much of an incompetent coward. However, I believe Cameron's total lack of judgement is once again letting him down, it's obvious to anyone no matter who they vote for that Cameron should have sacked Mitchell on the spot, you cannot have someone in his position screaming profanities in the street, no matter if he called the police officers plebs or not - end of story! It shows that Mitchell has absolutely no self control and this will not be the first time he has lost his temper and it will not be the last. If he has lost his temper like this before it will come out and just how stupid is that going to make David Cameron look?


The Swanky Cinnamon Club
Where Starters Start at Price £20 and Fillet Steak Will Set you back £95
is  this is paid for by taxpayers? While disabled people are having their benefits stopped and their cars taken away from them by this Tory government? 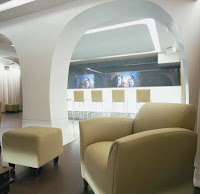 Mitchell has not only sworn at and insulted the police and the public, he has lied to cover it all up. He said the incident came at the end of a long tiring and frustrating day. Again he has treated the public with disdain and contempt by assuming we are too stupid to discover that he was lying.
I hope the lunch he had at the exclusive Cinnamon Club in Westminster wasn't too taxing, nor the the Tory fundraising dinner he attended at the Carlton Club later that day. Nice to observe where all out tax-pounds go! Mitchell's biking days also appear to be at an end, as I hear he has been given a chauffeur driven Jaguar to take him the 3 minute 200 yards walk from Downing street to Parliament. I wonder how that makes the disabled people feel who have had their car taken away from by this uncaring ideological government?

Andrew Mitchell also invested funds in a network of privately owned firms which is now at the centre of a tax avoidance case.  The article in the Daily Telegraph claimed that a subsidiary of DV3 purchased the lease on the Dickins & Jones department store building in central London for £65.1 million and sold it a month later to a partnership controlled by DV3 for £65,100, thus avoiding stamp duty.

No wonder Nick Clegg didn't want to condemn Mitchell's tirade against the police, "they are all in it together" Andrew Mitchell and Nick Clegg have accepted thousands of pounds in donations from a company owned by an offshore firm in the tax haven of Jersey.

In 2010 the Channel 4 Dispatches programme asks why Mr Mitchell, ‘whose job [it was at the time was to] alleviate world poverty’, has made large returns on investments in the British Virgin Islands, another tax haven.

Mitchell has continued to infer that the police officers were lying and by taking his word over that of the police, David Cameron has also implied that he thinks they are lying. This will be bad enough but if something else is leaked out about him, or he lapses again, it will bring the whole lot up to the surface. If Cameron had sacked him immediately he would have been given credit for it. It shows once again that Cameron has absolutely no judgement, this is just the latest in a long line of truly hideous judgement calls.

It hasn't helped that Tory councillor David Stephenson  was sacked for telling a crass joke about the two female police officers who were murdered on duty. Once more it shows how beneath contempt the party of public schools and privilege actually hold for the British people and by befriending Andrew Mitchell and not sacking him when he knew he should, David Cameron has clearly demonstrated what he feels about us - we're all "fucking plebs"!

However, Andrew Mitchell's continued presence in the cabinet will do more to damage the Tories than anything the opposition can do and come the next general election the "plebs" will have the last word!
Posted by Gracie Samuels at 12:00:00 AM

Absolutely Nick, I think the police should have arrested him, it is simply unacceptable for a man in his position to scream profanities at the police in the street.
When I was nursing I was bound by what was termed as a "Code of Ethics" and behaving in this fashion in the street would have been a clear breach of that code and I would have been reported and could have been struck off for such conduct. I was a public servant the same as Mitchell so he must be bound by a code of ethics too. I understand that he has been reported to the Parliamentary standards in Public Life Commissioner, so let's see how Cameron manages to get him out of that one. He no doubt will, after all Cameron managed to get David Laws off and not facing a criminal prosecution and he stole over £50,000 from the taxpayer! Now Laws is back in the government and has been rewarded with a job - nice if you can get it - Same old Tories!