Yesterday I blogged about the new NHS 111 service which took the place of NHS Direct being in complete chaos thanks to the Conservative controlled coalition government. No one actually knows why the former Health Secretary, Andrew Lansley and the Prime Minister, David Cameron felt they had to interfere with NHS Direct, especially as Cameron had promised "no more top down reorganisation of the NHS".
NHS Direct was performing efficiently and was also cost effective and saving the NHS around £240 million per year!

Today we learn that 60% of doctors believe that the new NHS 111 helpline is very poor and is putting lives at risk.

In the first official survey, more that 80% of doctors asked said that out of hours care had "seriously deteriorated" since the government had replaced the NHS Direct helpline. And 60% said their experience with the new helpline was "poor" or "very poor".

The survey was carried out in the North East by Dr Ken Megson, of the NHS Medical Committee.
The survey also found that ambulances were overstretched. Previously under NHS Direct, only 50% of people ringing in for advice would go on to see an NHS member of staff, now under NHS 111 it has soared to 80%. This is placing serious pressure on ambulance services, fast responses and Accident and Emergency Departments. One GP has reported that his patient died while being forced to wait 1¾ hours for an ambulance! In another NHS 111 tragedy a lady from Aylesbury, Bucks reported being left on the phone for more than an hour as 111 staff failed to find a qualified nurse who could administer pain relief to her terminally ill husband, she said that she should have d been with her husband but couldn't be as she was on the phone, her husband later died.


The question everyone is now asking is why the government got rid of NHS Direct? For what possible reason did they do this to a service which people acknowledged was an excellent service with qualified nurses giving prompt medical advice and replacing it with an inferior substandard privatised service, run by people with hardly any training and zero medical qualifications? The government is placing telephone operatives in situations that far exceeds their capabilities, it is not fair on these workers who I am sure do their best in terrible stressful situations and it is certainly not fair on the thousands of people who are now being forced to use a substandard service at extremely distressing times!

There are widespread fears about clinical failings and dreadful communication as operatives try to work out if people need to go to a major hospital unit, need an ambulance, need fast response, or an out of hours GP practice by means of using a check list, and often with no qualified person with whom they can consult. People are being told they will be rung back and  in many cases they are kept waiting hours for the phone call or no one phones until the next day and in some cases no one returns the call at all. The situation is now that nervous operatives who are not confident in their own abilities are worried that they are missing important symptoms are sending ambulances to people who do not need them, while the people that do need them urgently are being kept waiting, often with serious consequences.

A child running a high temperature which cannot be controlled would set off alarm bells in the minds of qualified staff. yet a GP reports that a worried mother whose child was displaying such symptoms and who called NHS 111 for advice received no call back from the service!

Another doctor who contributed to the research spoke of fears about "inappropriate" clinical decisions being made by NHS 111 phone line's operators. The medic described how one elderly patient who needed to be taken straight to hospital was instead sent to an urgent care centre and collapsed while being assessed.

If a qualified nurse takes a call from a someone and runs through a check list of symptoms, often from the answers they are given they will ask further questions that do not appear on that check list, and then they can quickly assess the situation and what action is needed, this comes with training and experience, the kind of training and experience that it is impossible for a telephone operative to garner in just a few days, in fact it takes years to get to this stage and it is this service that the government have withdrawn and c drastically cut down right across the country. The NHS 111 service is not only failing the nation and posing a serious risk to health, it is also undermining the professional medical qualifications and training of qualified nurses.

Three deaths are currently being investigated in connection with NHS 111 and a further 20 untoward
incidents  have been recorded. How many more deaths and distress and suffering will be caused before this government pulls the plug on this service and restores it to NHS Direct? A service they should never have touched and did not need to touch. 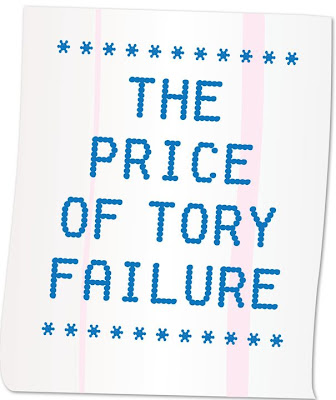 Wonderful post. I am searching awesome news and idea. What I have found from your site, it is actually highly content.
Meditation Blogs

Two Pxxcks who could not even organise a pxss up at a brewery, and we allow them to run this country how really really sad we all are.