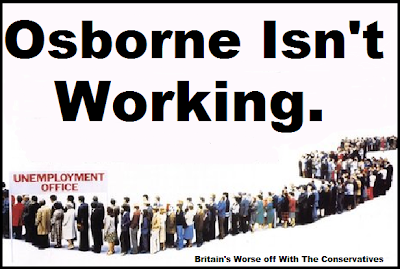 It's true to say I dislike David Cameron as a person, I dislike what he is and what he stands for, I dislike the way he thinks nothing of lying to the public and I dislike the way he deliberately misleads the British people and the way he has made this country an absolute laughing stock. I hate the way he has attacked disabled people and is now taking away half of disabled children's allowances. I vehemently dislike the way he has pitted private sector workers against public sector workers and the way he has robbed the elderly out of at least £50 to £100 of their winter fuel allowances. I loathe the way he has increased child poverty by over 100,000 since he has been PM. Even though I dislike Clegg, I dislike the way Cameron bullies  him. I hate the way that Cameron is a misogynistic bully and the way he thinks he has the God given right to laud it over others, so yes I hate all this of and much more about Cameron, however, today in the House of Commons Cameron excelled himself even for him, when he showed his true insensitive arrogance and went with joke after joke, despite the fact that unemployment had reached a 17 year high and there was clear proof  from official statistics that his and Osborne's plan for the economy is not just failing, it has failed, and failed spectacularly so too! Not to mention what this Tory government are doing to the NHS the destruction of it and the creeping privatisation by stealth that will cause harm and distress to millions. Or welfare that is already hurting innocent people and causing depression, anxiety and misery.

The public sector shed thousands more jobs and the private sector who Cameron and Osborne had promised would help us out of recession failed to pick up the slack.


So after learning this, I am so glad that David Cameron was in such a happy festive mood feeling able to joke his way through Prime Minister's Questions especially after isolating this country in Europe last week and knowing that his policies are causing pain and anguish, distress and despair in millions of peoples lives and homes this Christmas. So glad Cameron is feeling so happy and jovial knowing the fear and anxiety  he is causing  to those that have lost their jobs, and fear and uncertainty to those worrying that they will lose their jobs and the devastation to those who know they will lose their jobs next year. With the way Cameron behaved at Brussels last week isolating us, he has put at risk even more jobs in this country and he has done this without a second thought for us and all to please the rabid right wing xenophobes in the Tory party, what a cowardly despicable act! the backslapping and the faux camaraderie that went on was gut churning nauseating.

The arrogance of the millionaire cabinet and of multi millionaire Cameron reached new heights today in the House of Commons and he made me feel physically ill and not even Thatcher managed that!

Cameron's mask is slipping, he can no longer hide his contempt for us and the unemployed, the sick and disabled, the young and the elderly and the shocking thing is, Cameron doesn't think he has to, he now actually believes his own hype.

Cameron will have the cheek to wish us all a happy Christmas this year, I wonder if that will be before or after he and Jeremy Clarkson metaphorically piss all over us in their nice cosy millionaire Christmas?

I can only pray that all those this despicable man has hurt manage to heal their lives somehow, and  also pray that somehow this man will be taken out of the position where he can cause further harm and hurt to even more people.This country has an egocentric narcissistic pathological bullying liar for a prime minister and he and his whole government and party are corrupt to the core. They will fall, governments and people like Cameron always do, I just pray it is sooner rather than later.

I think you're right, Gracie, about Cameron's inevitable fall. Like you, I pray that it will be as soon as possible.

Clegg accidentally admitted at a private Christmas party this week for LibDem activists that they 'risked' the fall of the Coalition by their withdrawal over Cameron's antics in Europe. Even an abject quisling like Clegg felt that was going beyond the limits of what he could cope with, particularly since he'd done a lot of preparation work for Cameron which the latter had no compunction about utterly ignoring and doing his own thing.

The coalition is really hanging together by a thread. Something's got to give.

Thanks for featuring Sue Marsh's piece about the cut in benefits for disabled children. There was a total news black out about this on the supposedly impartial BBC. The first I knew about it was a comment on the Guardian website on Tuesday evening. This affects me personally, as my youngest son is on the autistic spectrum.

Good for John Bercow (himself the father of an autistic child) for giving a Labour MP the chance to put Cameron on the spot about this scandalous move at PMQs yesterday. Cameron, of course, lied in his answer.

Cameron's wife used to be a parent-governor at young Ivan's special needs school. I wonder what on earth they think about it, and whether they can appeal to her personally? Not that it would do much good (Sam's a real political Stepford Wife), but it might actually shame Cameron into another U-turn.

Nicky, something as to be done about this. I have written to my Tory MP, although all I will get is a stat reply about how well the government is doing blah blah blah. However, we have to do something to raise awareness of this, which is why I featured Sue's excellent piece and also it guides more traffic to her site which is so informative for disabled people.

Where is what this dreadful hideous government is doing going to end? How many people's lives are going to be blighted and when are people going to wake-up to what this government is doing to people is just wholly unacceptable? This latest policy of literally robbing children of their entitlement is so heinous, yet the national press are ignoring it - why? It seems as if they have made their mind's up they want a Tory government at any cost so simply refuse to publish exactly what is going on in this country. This is not anything to do with the deficit,m the debt or the cuts, this is 100% to do with the Tory right wing ideology and the fact that the Tories have got a pathological dislike for us ordinary people and for those who may need extra help. Can you imagine in the Labour government had attacked disabled children in this way? We would never hear the last of it, they still bang on about the 10p tax rate completely ignoring all the good things that labour did for people and now completely ignoring all the dreadful things this government are forcing on people.

Thanks for the reply, Gracie. We have emailed Djanogly (our local MP, millionaire and expenses cheat, plus known for assaults on legal aid system and employment tribunals)- no reply yet. Sorry about the delay with my reply - it's all a bit full on at moment. I do read the blog regularly.

David cameron is a wanker!!!!