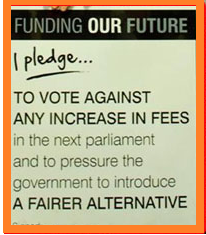 The newly elected leader of the Liberal Democrats Vince Cable is another politician deliberately lying about Jeremy Corbyn. What a way to commence his leadership by lying! Seems Vince has the same kind of relationship with the truth and inability in sticking to their party manifesto pledges as Theresa May, no wonder he's in secret talks with the prime minister about entering another coalition with the Tories! Let's face it it's the only way he and the Liberal Democrats are ever going to get into power again. He denies it of course, but as Vince and Theresa are both strangers to the truth how can anyone believe a single word they say? I certainly don't! How do we know they are not plotting to be very 'naughty' and go running through wheat fields together? Mrs May is looking to shore up her position as prime minister for when her blood money £1 billion DUP bung has expired in a couple of years. Prior to the 2010 general election and entering the coalition with the right-wing Tories Vince Cable signed a pledge promising not to raise tuition fees the ink wasn't even dry on his signature when he backed the Tories to the hilt in TREBLING tuition fees and yet he has the brass neck to call Jeremy Corbyn out about a non-existent pledge on clearing student debt? I could quite easily slip over into a hyperbolic rant here, but I'll settle for calling Cable a total and utter hypocrite. I also haven't forgotten that the Liberal Democrats voted with the Tories to make law the health and social care bill (now an Act) which is directly responsible for the funding cuts, privatisation and the utter chaos in our NHS now, but don't expect the 'Fib Dems' to ever admit they are a bunch of lying hypocritical politicians, they'll just start whining that they helped stop the excesses of the Tory policies - yeah right of course they did, believe that and you'll believe anything. Anyone up for a naughty gamble through a wheat field?

If you believe that the Liberal Democrats are left leaning I'm sorry you're wrong, they are every bit as right wing as Margaret Thatcher and Theresa May, they lie from constituency to constituency and say whatever they think will get them elected and their problems started (which all but finished the party) when the Liberal Democrats found themselves in government and were expected to keep their promises, they didn't, they failed and they failed because they lied and because they are all but Tories under a different name, it is why hard right wing Tories feel comfortable in voting for them.
Posted by Gracie Samuels at 4:16:00 PM