Who and What Was Behind The Attack On Ed Miliband's Father, Ralph Miliband? 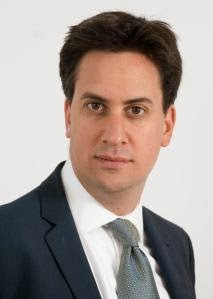 Well it's certainly been an eventful few weeks on the political scene which has been completely dominated by Ed Miliband leader of the Labour opposition. Ed Miliband managed to turn the conference season on its head at the same time as light a fire underneath British politics, the Conservative party, the big six energy companies and now the Daily Mail, the Mail on Sunday, and their editor in chief paul Dacre. Much to the disgust of the Tories and their mates in the right wing press Ed Miliband has shown that he knows how to set the political agenda. Once again Ed Miliband marches fearlessly on where other politicians fear to tread! He wrong footed the Tories and drove a coach and horses through their plan of attack and sent them scurrying off in all directions. If the Tories did believe their own hype and perceived Ed Miliband as weak, they now know very different and so does the editor in chief of the Daily mail and Mail on Sunday, Paul Dacre, the editor who is now the story.

The accusation was that if Ed Miliband talked about his family this somehow made it OK for the Mail to smear and denigrate his father's memory, a man who fought for and was prepared to die for this country. Publish lies, say he "hated Britain" say that he was "evil" and show a picture of his headstone carrying a tasteless pun caption "a grave socialist" and tell everyone where the grave could be found. And because it was near the grave of Karl Marx the mail alluded that this somehow made Ralph Miliband a bad person! On receiving a complaint from ed Miliband in person the Mail decided to allow him the right of reply, only to surround it with yet more turgid insults and lies. If things were not bad enough, the Sunday Mail decided to allow two journalists to gatecrash a private memorial service held at Guy's Hospital for Ed Miliband's uncle doctor Professor Harry Keen, and try to intrude on people's grief by asking them questions about Ralph Miliband.

This was done primarily because Labour had had a good conference where they were expected to fail, Ed Miliband had given a brilliant speech and they had announced popular eye catching proposals and Ed Miliband and Labour have completely wrong footed the Tories and the right wing press, and this tipped Dacre and Downing street into one of their now infamous rages. The last rant and rage they had was a few weeks back over Syria when Ed Miliband refused to back a warmongering David Cameron and William Hague, stood up to the US and President Obama and say no to launching a missile attack on Syria. Ed Miliband actually prevented David Cameron from making the biggest mistake of his political career and for his trouble had to personally endure being lambasted in the right wing press, called a coward, weak, and was even compared to Hitler and called a "copper bottomed s***" and a "f****** c***" by David Cameron and his spin doctors in Downing Street. Turned out that once again ed Miliband was right and because of him listening to the British public and doing the right thing, it set a favourable chain of events off that will probably see the destruction of chemical weapons and could also see all parties brought around the table to try and end the bloody civil war in Syria, none of which may have happened if Miliband had meekly given in to the arrogant foul mouthed bullying of prime minister David Cameron.

There was naked panic in Downing Street and something had to be done so what I would like to know is how much collusion there was between Cameron's lobbyist spin doctor  Aussie attack dingo, Lynton Crosby and Paul Dacre the Daily Mail, the Mail on Sunday? it was certainly no coincidence that this article appeared in the Mail last Saturday the day before the start of the Tory conference.

I would like to know who exactly it was who was desperate enough to attack the son and his politics by denigrating the memory of the well liked, well respected academic Ralph Miliband? Whose idea was it to defile the name of a father in order to attack the son, using the most foul and dirtiest of politics, lies, smears and innuendos? Pretty stupid thing to do, if you are going to attack the family of a politician, perhaps Dacere should have considered his own family's reputation first? The Daily mail who cosied up to Hitler and printed the headline "Hurrah for the Blackshirts". Paul Dacre had a father who "loved Britain" so much that he stashed all his money away in offshore accounts and paid no tax to the British treasury, while accusing others of tax dodging and also refused to fight for the country.

If this plan to attack Mr Miliband was hatched between Dacre and other Daily Mail employees and the Conservative party, then it would not be the first time such an orchestrated smear campaign has been launched on Labour or other opposition parties, it also happened in the run up to the 2010 general election after Nick Clegg had had a successful live leadership debate. George Osborne then met with four newspaper editors on the Monday after the debate and on the eve of the next live TV debate four muckraking stories appeared in the national press, the Daily Mail was one of them. The same thing had been happening to Labour and Gordon Brown for two years, especially in the Sun when wildly inaccurate stories made their way into print.

This is a nasty ugly culture in the Daily Mail and it starts from the top all the way to the bottom, it starts with the cowardly bullying narcissist Paul Dacre, who can dish it out but cannot take it. The man who refuses to defend himself on TV and put himself in direct debate with another professional, preferring to hide behind those he sees as his minions and his editorials.

But why would Paul Dacre not want to come on TV and defend himself and his paper? Is it because he may be asked the inevitable question; "were you working alone or were you working with people in Downing Street?"

This whole thing smacks of the kind of dog whistle dirty politics used by Cameron's Aussie attack dingo Lynton Crosby and it has his "paw prints" all over it. Paul Dacre needs to be asked if he has discussed this with Lynton Crosby and or Cameron and or others in CCO and or Downing Street, both before the publication of the offending article and afterwards.

Or is Paul Dacre too poodle like to even admit that he has been lapdog to the Aussie dingo? After all Lynton Crosby doesn't "own the dog" only to bark himself!

If  Paul Dacre is so keen to keep the British public properly informed he could do a lot worse than run a feature on the extraordinary connections of David Cameron's spin doctor Lynton Crosby which appear to be massive conflict of interests, which seem to be growing by the week. Now this is really something the public "has a right to know" and leave off denigrating the good name of deceased people (no matter what their politics).


Perhaps he could have one of his journalists investigate if all the above were conditions that Crosby demanded before taking up his post with the Conservative party?

Every time Cameron  is questioned about this he evades the question and refuses to answer, yet the Daily Mail and the Mail on Sunday conveniently overlook this to launch an attack on one of the most decent honest men in politics today - Ed Miliband. Dacre needs to answer this question, if his "jackboot" was on the other foot, would he ignore the rapidly growing concern over the hiring of Lynton Crosby?

The more David Cameron refuses to answer questions about Lynton Crosby and his business affairs, including the latest concerning the off shore tax haven Rutland, in Malta, the more he will give the impression that he is engaged in a systematic cover up concerning Lynton Crosby and the more newspapers like the Mail seek to moralise over people yet fail to investigate and report this, the worse it looks. Yet ominously Paul Dacre leaves stories like this well alone.

I believe that the Mail story was not just an isolated incident that just happened along, it was meant to be the start of a vendetta against the Labour leader Ed Miliband. I would like to know when David Cameron, George Osborne and Lynton Crosby last met with Paul Dacre or mail or mail on Sunday editors.

Apart from that, no paper or politician or political party can ever accuse Ed Miliband of being weak. He has stood up to:

Rupert and James Murdoch and the Sun newspaper;
David Cameron and the press over Leveson recommendations
Big Business;
Banks and bankers;
Unions (his main donors)
David Cameron, William Hague and President Obama over Syria
Big Six energy companies over their unfair charges
Now the Mail and Mail on Sunday the biggest newspaper circulation in the country

Through the constant and often personal abuse he has had aimed at him, Miliband has stayed calm and unruffled and truly statesmanlike. Maybe it is this which is really spooking the Tories and rags like the Mail and Mail on Sunday?