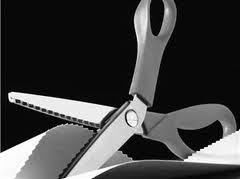 Last week the OECD criticised George Osborne's handling of the economy and an almighty row is breaking out within the coalition ranks about the NHS and what happened on BBC Question Time? It was a complete bore and turn off TV, it raised NONE of these very important issues facing this country, what is going on? From the public's point of view the BBC? It is totally biased.

Two appointments Tory Chris Patten parachuted into the BBC chairman position by the TORY government and Craig Oliver who left the BBC to work closely with David Cameron to become his Director of Media and Communications. It seems that the BBC is now afraid of its own shadow. Perhaps it knows with the Tory government freezing the license fee for two years that given half the chance this government are likely to privatise the BBC just as they are trying to privatise everything else and the BBC is feeling the heat from Rupert Murdoch's breath hot on their neck! Well they will not dislodge the parasites by capitulating to them and allowing them to bite them, they will win by informing the public about what is going on behind the scenes.

Chris Patten to be new BBC chairman
Lord Patten of Barnes, the Tory grandee and last governor of Hong Kong, is to be appointed the new chairman of the BBC.

A former chairman of the Conservative party, he has got the vital backing from David Cameron to take over from Sir Michael Lyons as head of the BBC Trust.
The appointment comes at a highly sensitive time for the corporation and will mark a return of a Tory to the top of the BBC after successive chairmen who were deemed close to Labour.
Jeremy Hunt, the Culture Secretary, who made the recommendation to No10 after interviewing candidates, told the Prime Minister that Lord Patten was “head and shoulders” above the other candidates.

Mr Hunt believes that Lord Patten will be able to stand up to the BBC over controversial aspects of its running including senior salaries and expenses. He has experience of dealing with highly-charged political issues and has a reputation for being strong-willed, a senior Culture Department source said, a clear reference to the Government's wish that the new chairman stands up to Mark Thompson, the director general.
The source added: “It was felt that at this time the BBC needed strong leadership and someone who has dealt with difficult issues before.”

The Tory peer beat Sir Richard Lambert, the former head of the CBI, and Dame Patricia Hodgson, a long time BBC trustee to the post. He will earn £110,000
Lord Patten’s appointment will not be welcomed by all his fellow Conservatives at Westminster however. He is considered of the left of the party, “a wet,” and too pro-European for many having worked in Brussels as a commissioner.
But Labour also raised questions about the likely appointment.
Ivan Lewis, shadow secretary of culture, media and sport, said: “The test of the new trust chairman - Chris Patton or otherwise - is whether he is willing to stand up for the BBC in the face of instinctive hostility from many Tories including (Jeremy) Hunt and (David) Cameron.
“He will also have to be strong enough to ensure accountability and transparency from BBC executives as crucial decisions are made about the corporation’s future.”
Mr Cameron is likely to announce his backing for Mr Patten next week. Next month, the Culture Media and Sport Select Committee will hold a pre-appointment hearing for Lord Patten and will issue a report. However, it is highly unlikely that the committee would come out against the new chairman.
Lord Patten lost his Commons seat, in Bath, in 1992 despite being credited, as party chairman, with delivering the surprise general election for John Major.
He was rewarded by the former prime minister who appointed him governor of Hong Kong. He was given the task of managing the handover of the colony to China in 1997.
During that period in Hong Kong his aide was Ed Llewellyn, who is now Mr Cameron’s chief of staff and one of his closest advisers. That link is likely to cause concern among some at the BBC who believe the Prime Minister is intent squeezing the corporation hard during his time at No10.
Two years after the Hon Kong handover Lord Patten took over from Leon Brittan as European Commissioner for external relations, serving a full five year term. He was then made a life peer in 2005.
He has been Chancellor of University of Oxford for the past seven years.
Questions must be asked about how and why Craig Oliver is being allowed to get away with contacting the BBC several times per day and attempting to control what is broadcast on the news from 10 Downing Street. He has even instructed the BBC journalists to use the word "savings" instead of cuts and here is a prime example! Epsom and St Helier NHS savings put 115 jobs at risk  Note the use of the word "savings" instead of *cuts* when cuts are what they are! This is the work of Craig Oliver and is it right that he is allowed to control the news agenda of the BBC from Downing Street? How democratic is this when the influence the Conservative party's new director of communications Craig Oliver, who was previously editor of the BBC 10 O'Clock News is still allowed to control the nes agenda at the BBC?


The BBC was criticised last year for dropping a pair of scissors from a logo it used to illustrate a series of programmes broadcast in the run up to George Osborne's public spending review in October last year, after a complaint was received from the Conservative government.
In September 2010 the BBC director general, Mark Thompson, was also criticised for visiting Downing Street to discuss the corporation's coverage of the cuts. The meeting came at a sensitive time for the corporation as the government prepared for negotiations over the BBC licence fee, which was subsequently frozen for two years.
How coincidental that the Sun (the Tories rabid right wing newspaper attack dog) accused the BBC of being biased and when the Tories are now in government, the bias in favour of the government at the BBC is now so overwhelming it is even embarrassing some Tories? Something is going on with the BBC and it needs to be sorted out - fast. The BBC MUST remain impartial.

This Tory - led government must be stopped from the blatant misuse of our money to publish and broadcast their propaganda, lies and corruption. 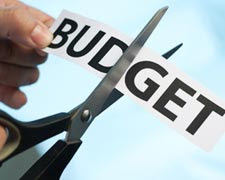