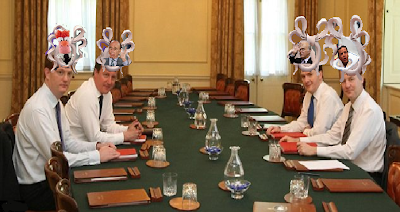 I have done some research and discover that David Cameron's claim in last Wednesday's PMQs that waiting times have fallen is another time he is deliberately misleading the house and I'll explain why.


When Cameron talks about waiting times he is using the Conservative government's new way of counting waiting times and he is referring to median times (the time spent waiting by 50 per cent of patients on waiting lists), this is a clear example of how the Tory government is misrepresenting figures. The Labour government’s target was to make sure 90 per cent of patients were treated within 18 weeks of referral to their hospital from their GP. Labour counted these figures over one year, this allowed for seasonal rise and falls in admissions to hospital, however, the Tories have moved the goal posts (surprise, surprise) and they now want to count monthly. So of course the likelihood of last month showing a fall was always more or less certain after the winter and again thanks to the incompetence of the Conservative government for NOT having a proper flu vaccine and public information programme, hospitals were unusually full to capacity and at one point all ICU beds were taken up mainly with people suffering from the H1N1 virus (swine flu), so using the Tories preferred method of counting stats of course when the flu season passed waiting times fell more sharply than they otherwise would have if they had not had so many admissions for flu, (because of the Tory government's incompetence120 people mainly young, children and babies lost their lives to swine flu) however, the story doesn't end here.
So as I explained above the caveat with looking at either monthly or year-on-year figures, is that they are hugely seasonal and weather-dependent.

John Appleby from the King’s Fund agrees that quoting month-on-month figures (as David Cameron has done) is somewhat futile.  “There are very strong seasonal trends,. “Over the year waiting times have gone up and they’ve gone down.”

But overall, Mr Appleby says there is a “very slight upward trend” in the median figures. (median is just a set of middle figures)

Meanwhile by Labour’s definition – their old target was missed by the Conservative government in February.

Mr Appleby said in this instance there is definitely an upward trend.

So Ed Miliband was definitely right to quote that hospital waiting times have increased under this Tory government, in fact there are 10.000 people awaiting diagnosis and this figure has risen three-fold in just one year. Waiting times in outpatients and  A&E departments have also risen and this is a direct result of the Tories removing the targets and this can only get worse as Cameron and Osborne's cuts to the NHS take effect.

David Cameron has not being wholly straight with the public.
Some months, for example in the winter, there are more people waiting for operations than others, so using month on month figures as David Cameron did is misleading.

This is not the first time that Cameron has deliberately mislead the House, he has done it over John Healy, Andy Burnham, Jim Murphy, Dr Harold Stoate. Cameron manipulates, lies and deliberately misleads, when is the Speaker of the House of Commons going to pull him up for doing this? Or is it one law for Tories and another for other members?