Ed Miliband Doesn't Wobble and he Doesn't Fall Down! 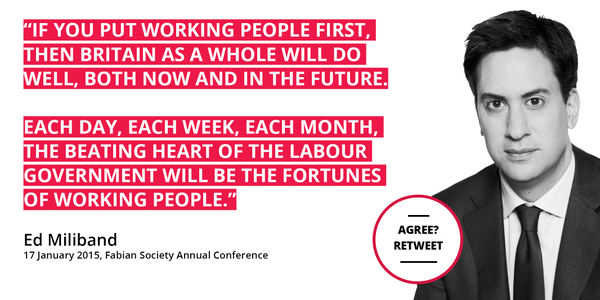 Once gain the leader of the Labour opposition has come in for a barrage of negative articles in the Tory supporting press, in papers like the Daily Mail and Sunday Mail, the Sun, Telegraph, the Times, Express, Star etc.
It's no coincidence that all these business people suddenly felt they had to share 'concerns' about Ed Miliband with the right wing Tory supporting press! This was people who were obviously contacted by the Conservative party and asked to smear and personally attack Ed Miliband in public through the Tory press and the biased broadcast media.
If the Conservatives and their mates in the Tory press expected Ed Miliband to buckle falter they were always going to be disappointed, Ed Miliband doesn't wobble and he doesn't fall down. he's made of stronger stuff than that.  Much strong than the pathological, narcissistic lying incompetent David Cameron. Under the instructions of Lynton Crosby they threw everything at him last week, and he turned their fire back on them and managed to raise Labour in polls by 2 points, they are starting this week in the same way and Ed Miliband is growing into it, he's ignoring their negative smearing mud slinging and just calmly telling the British people what Labour will do if elected.


The more the Tories and the Tory press lie about Ed Miliband, or try to malign him, or just plain bully him, the stronger he is becoming.

Keep going Ed, we are liking it and the more they do it, the more resolute I become and so do many others I know and:

Shame about that. Enjoy being out of power for the foreseeable future!