Lies, Damned Lies and the Tories

Michael Green; Sebastian Fox erm Grant Shapps is at it again. The Conservative party chairman, (the man tipped to be a future Tory leader) who brought us "How to get stinking rich quick in a recession" via Michael Green (aka Tory party chairman Grant Shapps) from one of his fake websites "How to Corp" now re-registered from Michael Green's to his wife's name 'Belinda Shapps' is now turning his "skills" to faking on the Conservative party website.


It was supposed to show us the average age of the team that will be campaigning for the Tories in the 2015 general election, a young vibrant team raring to go to support the Tories, not their usual older average age.

Michael Green Grant Shapps it appears never learns. The above photograph was taken from a website in Australia and it depicts Australian models and not young Tory party activists all set to campaign which is the image Shapps and Cameron's spin doctors and new election strategist, attack dog Lynton Crosby wanted to portray.

Once the deceit was discovered the photograph was hastily taken down and replaced with the one below. It depicts David Cameron with a group of school kiddies who will be unable to  campaign let alone vote in 2015 because they will still be too young!

Have the Tories got any proper young activists they can use, or do they plan to keep on trying to deceive the public and show false images?


Here is Michael Green Grant Shapps who once bragged about the number of planes he owned used a photo of a fake Christian family to attack the unemployed. This time it is a fake family taken from an advert advertising a parenting book. (pity it's not a book that teaches Tory politicians how not to lie to the public) 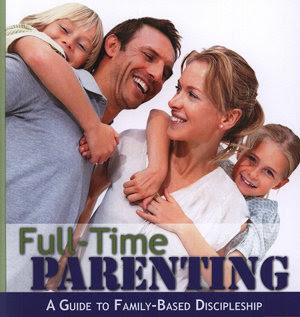 It's not the use of stock photographs that is the problem, it is the deceit that Shapps and the Tories use, they are actually trying to portray something as genuine when it is not and while they insist on doing this, then how can the public ever believe a single thing they say?

They seem to have a thing about looking their age, remember the deceitful pictures of an airbrushed david Cameron during the last election?


Back in 2010 when asked about the infamous airbrushing his florid cheeks and double chins out the NHS poster, David Cameron said that he didn't want to talk about the poster, but he did want to say that he would cut the deficit not the NHS, pity, not even that has come true, in fact he has increased the deficit and cut NHS spending in real terms!

“So though this government has had to make some difficult decisions, we are making progress. We’re paying down Britain’s debts.” (Click to Listen!)


"David Cameron’s policy is to increase Britain’s debt by 60 per cent, more than any European country. To increase it more over five years than Labour did over 13 years.  Just yesterday, we learned the national debt had hit £1,111 billion and it’s heading to £1,400 billion.

By no stretch of the English language can this be described as “paying down Britain’s debts.” What Cameron said is not an exaggeration. It’s a straight falsehood, and one that demeans his office. He has previously used different language, saying that he is “dealing with the debt”. The below graph says it all:

As Cameron says in his party political broadcast, he’s only half way through his term of office. So what progress does he intend to make on national debt in the remainder of his parliament? His deputy, Nick Clegg, has previously boasted that his government is “wiping the slate clean of debt”. An utterly misleading analogy. Here are the Treasury’s published plans: It is hard to avoid the conclusion that David Cameron and Nick Clegg have an agreed strategy: that it is not important to tell the truth about how much debt their government is saddling voters with. That a little deception is no bad thing." Fraser Nelson


Full Article at The Spectator

It really is quite shameful. Financiers are, quite literally, prosecuted for this kind of thing.

When he mentions "the excellence in Britain's schools" he means having people who are not qualified as teachers running the school and teaching your children!

"There will be no more top down reorganisation of the NHS - a few weeks later he ordered the biggest NHS reforms in the 64 year history of the NHS." David Cameron.

Here the Conservatives are at it again in Northern Ireland

It is just one lie and one deception upon another and as  Cameron said in his video, "do try to keep up please"!

Can the Conservative party do anything at all without manipulating, misleading and lying to the public?

What a bloody insult!