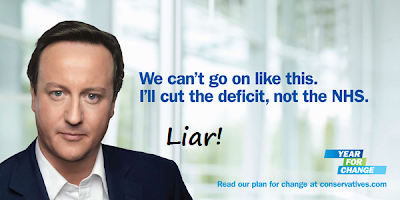 Shortly before Andrew Lansley launched his Health and Social Care NHS reforms bill, Tribal an outsourcing company which has £150 million worth of NHS contracts secretly supplied the Tory government with a list of supposedly "independent" GPs in order to help the Government sell their controversial reform bill to the patients and staff.

Tribal supplied a list of "friendly" GPs to Bill Morgan  who is Andrew Lansley's special adviser. Bill Morgan is a former lobbyist for private health companies and Tribal has confirmed that it has held discussions with some GPs that appear on the list about future lucrative contracts.

These "pro-reform" GPs are a key part in Lansley's plans to sell his health and social care reforms to medical staff and the public. I would like to know if any of the GPs on the list that Tribal supplied Andrew Lansley with are also signatories of the "pro-reforms" letter written by the 56 GPs that was published in the Daily Telegraph?

"Tribal – ‘Liberating the NHS’ – The next turn in the cork screw? An analysis of the Coalition Government’s proposals for health.Tribal’s people are public service specialists with unrivalled expertise, primarily in the education, health and government sectors.They understand the complex challenges faced by public service leaders - and have the skills to come up with the right solutions to address them."

Just how independent is the NHS Alliance?

Kingsley Manning, business development director for health at Tribal said this in a press release:

"This white paper could amount to the denationalisation of healthcare services in England and is the most important redirection of the NHS in more than a generation, going further than any Secretary of State has gone before."A cornerstone of the white paper's argument for such radical change is the NHS’s comparatively poor outcomes."The old certainties are gone: the NHS cannot be protected from economic reality any longer."

Kingsley Manning wrote to Bill Morgan (Lansley's adviser) in December 2011 attaching a list of GPs sympathetic to the reforms stating that Tribal hadn't be briefed them and suggested that somebody would need to contact them before they were exposed to the press.  In April 2011 this  panicked letter from Conservative Mayor Dr Jonathan Munday was leaked to the press.

Tribal believes that the success or failure of Lansley's reforms rest with gaining the support GPs, which is probably why they are going the extra mile to discover which GPs are for the bill and going to great lengths to see that these GPs are heard and published in the Tory supporting press.

Denationalisation: this white paper could result in the biggest transfer of employment out of the public sector since the significant reforms seen in 1980s. As NHS trusts become foundation trusts, this will see the transfer of billions of tax-payers’ assets to employee-controlled businesses.

Not hard to see exactly why Tribal is so keen for these reforms to take place is it?

Despite the Tories claims to the contrary it would appear that David Cameron, Andrew Lansley and George Osborne have secretly been planning the break-up and privatisation of the NHS for years and as they now have the full support of Nick Clegg and the Liberal Democrats one can only assume that they too are in favour of full scale privatisation of the NHS.
While in opposition David Cameron famously promised NHS staff there would be no more top-down reorganisation of the NHS, describing its recent history as "like a bowl of alphabetti spaghetti". His commitment was reiterated in the coalition agreement and was widely welcomed by health service staff. At the latest relaunch of his reorganisation plans, he claimed that he was "taking out a huge amount of bureaucracy" from the NHS. Yet after he became PM he has launched the biggest "reorganisation" of the NHS in its entire history and more, he knew he was going to do this when he was blatantly telling us he would not, so he lied and deliberately misled the British people. It is inconceivable that these plans were just hastily drawn up in a couple of weeks, in fact, at the relaunch of the white paper David Cameron got carried away and let it slip that he and Andrew Lansley had been working on these reforms for years! Far from reducing bureaucracy, these Cameron's and Lansley's reforms will introduce FIVE more layers of bureaucracy at the very least and Lansley has accused the BMA of being "politically poisoned"!

Kingsley Manning has publicly denied that Tribal had held "discussions" with Lansley's department about helping the government to sell its bill, he later admitted to having dealings with Morgan but denied supplying "tame GPs" for the government's spin campaign. However, when told his email to Morgan had been released under freedom of information legislation, Manning claimed the special adviser had requested the list, which he admitted may contain the names of GP pathfinder consortia with whom Tribal is in commercial discussions.  The Government have refused  to publish the list of GPs obtained from tribal.

In view of the seriousness of this whole issue and that it involves the entire functioning and position of the NHS, I believe the government not only should publish the names of these GPs but they have a duty to do so. After all it was David Cameron, George Osborne and Nick Clegg that made much of the "transparency of government", it is a bout time they stop their obfuscation and practised what they preached.

Do any of the doctors from the NHS Alliance who signed the letter in the Telegraph supporting Lansley's reforms appear on the list of GPs that were given to Andrew Lansley by the outsourcing company Tribal?