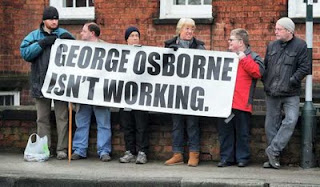 How many times is Cameron going to be allowed to get away with deliberately misleading the House of Commons and the public? This time he deliberately trashed the reputation of Gordon Brown with a deliberate lie and he should be made to retract his comments.

In a bid to evade answer questions about his former Defence Secretary Liam Fox, Cameron read out a list, the list contained a comment about the former prime minister Gordon Brown:

"Gordon Brown has received £120,000 for giving speeches to organisations like Credit Suisse. We knew he had put money into the banks, Cameron says. We did not know he would be getting money out of them so quickly"


Cameron deliberately gave the impression that Mr Brown had pocketed this money when nothing could be further from the truth, since leaving office Gordon Brown has donated all the fees he has received from talks and lectures and appearances and  he has given to charity, he has not profited one iota from his work, or from any book he has ever written, it has all gone to charity. This is the measure of the man, what a pity that David Cameron cannot say that about himself or his greedy grovelling power starved money hungry ministers and cabinet ministers.

The British prime minister continues to heap shame and ridicule on this country, he is a despicable lying runt of a man, who is only in politics for the kudos he thinks it brings him. this government is incapable of getting anything right, it is totally incompetent and devoid of common sense or any ideas and it is ruining this country.
Posted by Gracie Samuels at 4:40:00 PM


On a plus note

But where should Gordon Brown be, he should if he's being paid, be sitting in the back benches where he would be able to do his job as an MP.

I'm sure Gordon is keeping his plan to write another book for which I'm sure he'll be giving to the charities again, but he's being paid to be an MP.

Why are you complaining on behalf of Brown's constituents? Brown is where he should be, in his constituency working hard for his constituents helping the young to find apprenticeships and employment. His constituents aren't complaining about him why should you Robert? The story of this piece was to show that Brown does not make hundreds of thousands of pounds for himself unlike Cameron and his millionaire cabinet and the rest of the Tories, what Cameron said was a blatant lie, once again he is caught lying and misleading the public and to try and give the impression hat Brown was pocketing money is not only dishonest and disingenuous, it is out and out deceitful, but what else can we expect from Cameron the liar?