Another day and yet another Tory in trouble. Newly appointed Conservative Party Chairman  Grant Shapps yesterday. News that Grant Shapp's website "HowToCorp" is to be investigated  by the Advertising Standards Authority (ASA) for allegedly misleading the public comes as no surprise;

The Plashing Vole, a blogger, complained to the regulator last month that HowToCorp, started by Shapps and his wife in 2000, was an internet marketing firm which had seen the Tory MP "posing as 'Michael Green' and/or 'Sebastian Fox' to flog … business guides, software and SEO scripts".The writer also asked the authority to look into whether the "testimonials" from customers on the website were real: "After a bit of digging, I decided that the enthusiastic endorsements by happy customers of HowToCorp might be just as fictional as Grant's alter egos."The confidential reply from the ASA, which was posted online, said the regulator would be contacting the company to ask for evidence to back up the assertions.


The Tories do not seem to have much luck with their Chairman! What is it about the Tory party that seems to attract more than its fair share of corrupt MPs and Lords? Their alarming arrogance leads them to believe they can do these things and not get discovered, or worse, that it doesn't even matter. A long line of party chairmen, corrupt financial dealings, fathering children with extra marital affairs, being involved with companies using pseudo names. It's almost as if there is institutionalised endemic corruption within the Conservative party and government. This is just the chairmen, the Tory Treasurers are just as bad, if not worse!

Grant Shapps Current Co-Conservative Party Chairman  and Minister Without Portfolio (also see above)  Grant Shapps called the deepest double dip recession caused by the Conservative chancellor an "amusement ride" only he said it under one of his alias names as Michael Green.

Lord Feldman Current Conservative Party Co-Chairman: Laughed off stalker victims complaints to Lord Feldman and Conservative Campaign Head Quarters that she would be killed by her ex husband who is one the Tory party's largest donors.

Baroness Warsi Conservative party Co Chairman was investigated last May over financial irregularities and failing to declare income on property she had rented out. Cameron made a big play of having her investigated by Sir Jeremy Heywood (so he could take the heat of himself and the then Culture Secretary Jeremy Hunt) She was subsequently cleared (ha ha no surprises there then) but her days were numbered and she was thrown out in the PMs next cabinet reshuffle. 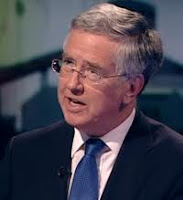 Michael Fallon Former Conservative Party Deputy Chairman September 2010 – 4 September 2012 Dragged into the Barclays Libor fixing scandal. Fallon "acknowledged that he worked for Libor Brokers Tullett Prebo and was  fully conversant with the sector. But he failed to point out that, for the last year, his son Peter Fallon has been employed as an Investment Banker with Barclays. Fallon was keen to admit that he was a client of Barclay's, but not so keen to admit that his was employed there. During the expenses scandal, Mr Fallon wrongly claimed £8,300 for the mortgage repayments on his second home.

Eric Pickles was the Chairman of the Conservative Party until being replaced by Baroness Warsi in May 2010 Appearing on BBC Question Time, Pickles admitted he claimed a second home allowance because he lived 37 miles from Westminster and needed to leave his constituency house in Brentwood at 5.30 am in order to get to Westminster for 9.30 am given that he tended to get home at midnight or 1 am, although the standard time for commuters from this region is usually ninety minutes. He went on to say that it was "no fun" commuting into London from where he lived. In response to Pickles's comments that he "had to be there [the House of Commons] on time", Question Time host David Dimbleby, replied "Like a job, in other words?" prompting amusement amongst the audience.

There were also remarks from the audience about nurses and firemen etc. having to commute across London and get to their jobs on time and having to do without a second home.
Pickles was asked to pay back £300 following the MP's expenses scandal, which he had claimed for cleaning.

Lord Ashcroft Former deputy Chairman Conservative party: Deprived the British Treasury of over £127 million in a 10 year tax dodge. The current Foreign Secretary, William Hague was said to have known about Ashcroft non dom status after Ashcroft had accepted his Peerage. Ashcroft is one of the biggest donors to the Conservative party and has donated millions of pounds over the years. Ashcroft's millions were poured into the Tory party key marginals in the 2010 general election. Intense pressure from the Tory government in 2010 forced the BBC to drop its Panorama programme about Ashcroft which concentrated on his business affairs and money stashed away in off-shore tax havens. 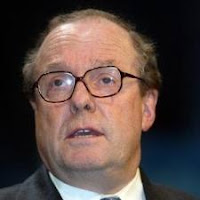 Michael Ancram Former Conservative Party Chairman Mr Ancram, who stood for the Conservative leadership in 2001 and was his party’s deputy leader for four years, spent thousands of pounds on maintaining his large country house, charging for maintenance at a cottage set in the grounds used by his housekeeper. His claims included repairs to an Aga, moss removal and extensive gardening bills.

He insisted that all the claims other than the repair of the swimming pool boiler were necessary for maintaining his designated second home. Claimed that his claims for his second home was a mistake.

Conservative Deputy Party Chairman, Jeffrey Archer was jailed for 4 years for perjury and perverting the course of justice.

Norman Tebbit when he was Conservative Chairman in 1981 caused a public outcry when he told the Tory party conference "people should get on their bikes to seek work". 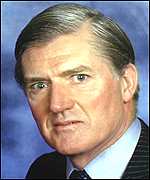