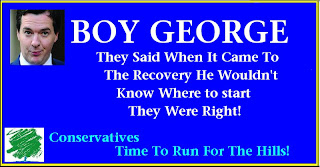 The ConDems were accused of a "shocking attack on children" yesterday because cuts are hitting poor families hardest.
Jobless couples with children will suffer most from tax rises and benefit cuts, losing about 8.5% of their income over four years, said the independent Institute for Fiscal Studies. Families with one working parent will experience an income drop of more than 5%.
The findings come the day after the Eton-educated PM had his fourth child and the Mirror trashed Chancellor George Osborne's claims to have delivered a fair budget.
The IFS report, commissioned by the End Child Poverty campaign, said Mr Osborne's emergency Budget was regressive while Labour had helped the poor.
Shadow work and pensions secretary Yvette Cooper said: "These figures show that the Government is pursuing a shocking and unfair attack on children and families."
The Unison union yesterday applied for a judicial review of the Government's NHS shake-up. It said ministers had failed to consult the public over plans to "fundamentally change" the NHS. "The changes weren't in the Government's manifesto and the public, staff and patients have an absolute right to be consulted about whether they want them," said Unison's Karen Jennings.
Read more: http://www.mirror.co.uk/news/top-stories/2010/08/25/cuts-attack-kids-jobless-families-at-risk-115875-22511895/#ixzz0xfDB6S8v
Posted by Gracie Samuels at 11:26:00 PM

what did happen to the so called "public consultation" yet another tory lie?