NHS 111 In Complete Chaos Thanks To Conservative Government

NHS Direct was launched in 1998 after the former Labour government identified a need for a telephone health advice line staffed by nurses as part of its plans to modernise the NHS.

NHS Direct's core service was the provision of health advice to the public through the national telephone service or through digital channels including the website 24 hours per day 365 days per year.

In 2010 before the Coalition government changed NHS Direct it was there to:


Now the NHS Direct service has been totally ruined by an incompetent Conservative and Liberal Democrat government who took an efficiently functioning service and for no apparent reason decided to change it (simply because they could). The government has introduced mayhem and the once extremely well functioning NHS Direct service is in chaos with serious risk to life.

Just as the government were warned repeatedly back in 2010, all this has come to pass since the new NHS 111 service went live.
The Tory government sacked trained nurses and reduced the number of doctors in each call centre replacing them with telephone operators with a maximum of 60 hours training placing them in a position to deal with the nation's health care. That's telephone operators with approximately one week's training who are now currently advising you on your health care, your children's healthcare and your elderly relatives healthcare!

Back in 2010 when this news first broke the immediate questions were:

What has actually happened is: 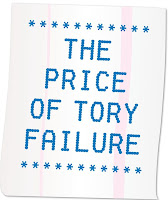 The government simply cannot say they were not warned and neither can they try to blame the previous Labour government as the current Health Secretary, Jeremy Hunt has tried to do. It will not wash as NHS Direct was working extremely well and waiting times and attendees to A&E Departments were down and completely under control before this current government decided to meddle with the system. To try to blame Labour for this is deeply dishonest. This is solely a problem caused by the current government, who were warned repeatedly what their unnecessary policy changes would cause, but chose to ignore the warnings of health care professionals.


In 2010, the Royal College of  Nursing Union (RCN - not known for militancy) spoke out against the Conservative government's decision to change the NHS Direct service.

“NHS Direct has developed over recent years into a service that many patients really value. Nurses have led the way in making this a service which can offer reassurance and advice as well as identifying when people are in need of urgent care. The evidence suggests that the expert advice of nurses has kept one and a half million people out of A & E, and saved the NHS £213 million pounds a year. It would be shortsighted to cut back on the experts who deliver these long term savings.
“We would be extremely concerned if the expertise it offers is indeed under threat. We urge the government to consult fully and look at all the evidence before enacting changes which could leave people without expert advice from trained nurses.”
Royal College of Nursing (RCN) is the voice of nursing across the UK and is the largest professional union of nursing staff in the world. The RCN promotes the interest of nurses and patients on a wide range of issues and helps shape healthcare policy by working closely with the UK Government and other national and international institutions, trade unions, professional bodies and voluntary organisations.

The government ignored all warnings about not only NHS Direct/NHS111, they have ignored all warnings about the effects their Health and Special Care reforms Act of 2012 will have on the NHS coming from approximately 98% of  medical professionals.
The problems experienced by NHS 111 will not be confined to that service, they will, and are spreading to other parts of the NHS as profit takes precedence of patient care.

As a former health care professional of many years standing, I warned about these dangers right from the word go, this blog is littered with warnings not just from me but from right across the NHS and have all been ignored and are still being ignored and the right wing Tory supporting press and broadcast media (BBC and Sky News, ITV, Ch 4) are largely allowing these warnings and problems to go unreported in a bid to keep the public from knowing what the Conservatives and Liberal Democrats are doing to the NHS and the *fact* that it is being slowly privatised right under the public's noses by a deceitful dishonest lying Tory government and in doing so they are risking the health of this nation, that is YOU and YOUR family.

The NHS is becoming a corporate affair:

Our NHS is being privatised by stealth and the man who said "the NHS was safe in his hands" and "there will be no more reorganisation of the NHS" - prime minister, David Cameron is responsible - he lied to you and now he has blood on his hands - just as we warned!

Footnote: Any Future Labour government has promised to repeal the Conservatives Health and Social Care Reforms Act of 2012.

Lets hope they get the chance before any more lasting and unnecessary damage is done to our NHS!

All great apps! For anyone looking for guided meditation there is a new app that just came out in the Android Market called Visulax Quick Break.
Meditation Blogs
Another Related Sites
vegetable pizza recipe
Fact About Cancer