United States Regulators have named the London listed bank Standard Chartered as a "rogue institution", which has profited from Iranian transactions.

As is getting depressingly predictable we find with every scandal involving banks or other private sector corporations there is usually Conservative party involvement.

While these links may or may not mean anything, what they do clearly demonstrate is that the Conservative led government has extensive links to the City and to the financial sector.
The City makes up the lion share of donations to the Tory party. With this in mind how can this government possibly stay impartial?

How can this government inflict these harsh cuts on the most vulnerable people in society, while behaving like pigs with their snouts in the trough? Every single time there is something amiss like this, barely a scratch to the surface and the pus of Tory corruption oozes out.

Nominated for a Knighthood in Queens Birthday Honours list By David Cameron - Knighted in 2011 For services to Business and to the Voluntary Sector.
Sir John is also Chairman of Burberry group and Experian PLC.  David Cameron's government awarded Experian PLC a lucrative government  "Bounty Hunter" contract  to hunt down supposed "benefit cheats". The company will receive a payment from the taxpayer for every "cheat" it identifies.

There is almost unanimous agreement in Europe bankers bonuses need to be curbed, however these measures are strongly opposed in the City. Banking chief executives, apparently led by Standard Chartered CEO, Peter Sands voiced their concerns about this directly with David Cameron.
They said that curbs on bonuses in the City will drive up salaries and spark "an exodus of talent" from London, to Geneva, New York or Hong Kong. Apparently the banks blandishments are said to have convinced George Osborne who is reportedly against these reforms.
In the aftermath of the Libor scandal, it seems that the Conservative led Government is siding with the banks. Behind the scenes the banking Industry is successfully bending the ear of Whitehall.
According to the Bureau of Investigative Journalism they are "confident that Britain’s financial services industry spent in excess of £92.8m engaging with the political process in 2011. And that over 800 individuals lobby Whitehall and regulators".

Monday June 25th Peter Sands Standard Chartered Chief Executive has breakfast with David Cameron, where he reportedly told Cameron what would most threaten the City, is if the UK left the European Union. It was after this meeting with Sands that Cameron started to backtrack on his vicarious atonement to the right wing of his party over an EU referendum.

Simon Lowth - Independent Non-Executive Director
Joined the Board of Standard Chartered PLC as an Independent Non-Executive Director on 1 May 2010. Simon is currently interim Chief Executive Officer of the pharmaceutical company  AstraZeneca PLC. AstraZeneca PLC donates to the Conservative party.
Also has connections with McKinsey & Company, which is a revolving door for the Tory party. Many of  McKinsey & Company's clients also donate to the Tory party.

Here we see "lobbying" rearing it's head yet again in connection with the financial sector and the Conservative party. 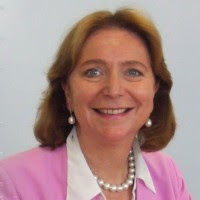 
Libor emails best of British
Angela Knight has been instrumental in the creation of the Business Finance Taskforce (BFT) – an elite group comprising senior representatives from HSBC, Lloyds, Santander and Standard Chartered.

"Please relay our heartfelt thanks to Lord Patten for his participation in our forum. He was fantastic!...From the moment I met Lord Patten at the Grand Hyatt upon his arrival he was gracious and easy-going…Lord Patten was kind enough to stay on at the end of the event to interact with our clients and senior executives, taking photos with his many admirers and speaking with as many people as he could…Many thanks for all your help throughout the planning of this signature event.

It was a huge success for Standard Chartered and I look forward to working with you again in the future."

"We were absolutely thrilled with the evening as a whole. Mr. Patten was exceptionally cooperative, articulate and informative. Our guests are still commenting on how enjoyable the afternoon was."

Aberdeen-born Anderson heads Cicero Consulting, which is believed to be one of London’s most powerful financial lobbying firms. Among Cicero’s clients, according to the Association of Professional Political Consultants register, are Bank of America Merrill Lynch, Barclays, HSBC, Morgan Stanley, Standard Chartered, the Swiss Bankers’ Association and TheCityUK.

Prior to running Cicero, Anderson worked on Kenneth Clarke’s two leadership bids for the Conservative Party. Living in Notting Hill, London, Anderson is a regular contributor to the Huffington Post, prolific tweeter on foreign affairs, business and politics and a self-declared aficionado of Nice, France, and the opera.

Thanks to Margaret Thatcher who deregulated the banks, London has earned the reputation of being the money laundering capital of the world.

The UK's many laws and regulations have never been effectively enforced by financial regulators, the banks and other financial institutions know they can get away with paying lip service to the rules. The British Conservative-led Government is so indebted to the Financial sector, the shadow banks, the hedge funds, the venture capitalists etc for their financial funding to the tune of millions of pounds that isregularly paid into the Tories bank accounts that they have allowed their position to become  heavily compromised. Is it any wonder why the Prime Minister, David Cameron has refused to order the full judge led independent inquiry into the Barclays Libor scandal that Labour have persistently called for? Cameron is absolutely terrified of what will be revealed about his party's connections to the Financial sector, this is why no real and proper Inquiry will be forthcoming. Cameron treats the British public with arrogant contempt, maybe it's about time our so-called investigative journalists done a full expose' on Cameron, Osborne and the entire Conservative party? (And any other party that has done wrong)

And why are you helping the American's take food from our table?

You people really are an idiotic bunch, truly you are.....

I couldn't give a monkeys uncle what party they belong to, if they have done wrong, then action should be taken, end of story. I'm actually glad you raised this because it gives me the chance to point out the difference between the Tory party and the Labour party. If wrongdoing is suspected Labour actually take action and suspend members until full inquiries are are carried out, the Tories just do nothing and allow the rotten stinking abscess to fester until we get something like this. For example: Jeremy Hunt, Tory Culture Secretary liar and misleader of parliament who tried tto give Rupert Murdoch the monopoly of the UK's news media in the BSkyB takeover bid. (Or had you forgotten?)

You believe that because of Standard Chartered's position, if they have broken the law they should be allowed to get away with it? Typical greedy stupid myopic Tory.

It is PRECISELY the action of greedy people in Standard Chartered's positions that caused the the WHOLE world to almost fall off the edge of a financial precipice, you know the one you stupid Conservatives tried to blame on the Labour government.

Ye Gods when will you people ever learn? What will it take to penetrate the mists that pass for a brain in your heads?

Banks that do wrong must be punished and must be seen to be punished, no matter who runs them, or what political party they are affiliated to.

Peopl like you think that banks like Standard Chartered are riskless and they are not, they take chances like every other bank, they gamble and bring the economies of countries to the brink of collapse with greed and gambling, they are no better than Goldman Sachs, ANOTHER TORY SUPPORTING organisation with strong links to the Conservative party.

Standard Chartered were warned that they were running into possible problems by dealing with Iran, but instead of looking sensibly at them, they ignored the warnings which started in 2010 and became abusive towards the US. There is still much to come out about this and it could just so happen that SC are cleared, HOWEVER, it still shows how indelibly the Conservative party are linked with the banking institutions that almost brought the entire world's economy to collapse. (Oh dear it wasn't Gordon brown after all - sigh)

And just a tip to stop you making a further complete pranny of yourself Kai Nargolwala is NOT a Labour Peer ( I think punctuation is another of your failings)Mervyn Davies is the Labour peer.

If this nonsense is the only thing you could come up with to try and counter my points then I really do feel sorry for you, the fact that your government this Tory mongrel lying government is falling, must be really hurting you.