I'll Cut The Deficit Not the NHS! 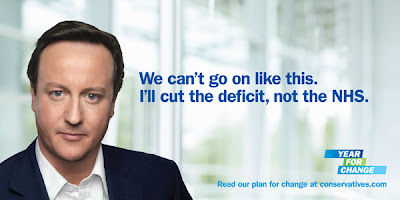 I'll Cut The Deficit Not The NHS!

More lies from Cameron the most manipulating lying prime minister of all time. 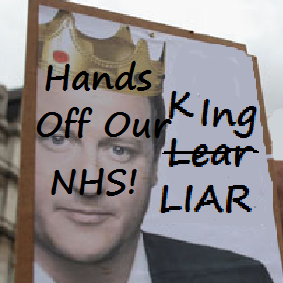 Thanks for highlighting this issue, Gracie. It's a common theme with Tory supporting knuckle-draggers on internet forums to claim that Labour 'opened the floodgates to immigrants'. This all stems from the racist propaganda coming from the tabloids.

What complicates the issue is that it's often Tory-voting employers who actually prefer to hire foreign workers - simply because they can pay them less! That aspect is never reported - instead it's implied Labour have some kind of agenda. The ludicrous claim that Labour want to import voters for themselves is often bandied about.

Our press needs to have some kind of code of conduct to prevent this sort of poisonous and misleading propaganda. Strangely, the papers can rightly condemn the terrible murder of Stephen Lawrence and yet seem oblivious of the fact that their own actions create the environment for that sort of brutal racism.

Cameron's role in the overtly racist 2005 Tory election campaign is often overlooked. Cameron was later anxious to portray himself as a right-on, Notting Hill-dwelling, modern, not at all racist new type of Tory. (Ha bloody ha.) It was noted by blogger Sturdy Alex that at this year's Tory conference that the three black Tories in the audience were all sitting near Sam Cam - just to ensure that viewers got the false impression of diversity.

Cameron's colleague during the 2005 campaign was Australian political strategist, Lynton Crosbie. Crosbie was very highly regarded by the Tories for his role in helping Australia's conservative party (the Liberals, appropriately enough)through his misleading but highly effective campaigning, much of it preying on the electorate's fear of immigration (ironic for a nation of mostly immigrants).

Significantly, even an abject toerag such as Crosbie found Cameron so repellently objectionable, that when Cameron wanted Crosbie to mastermind the Tories' 2010 campaign, Crosbie refused. Ashcroft kept upping the amount of money he was offering Crosbie to run the campaign, but still he refused, saying he was going to work instead with fringe party, Veritas. Conservative Home tried to downplay Crosbie's refusal, but it seemed pretty clear that Crosbie's refusal was down to his low opinion of Cameron.